Roy lived a long and happy life among friends. He had the gentlest nicker. When with him in the pasture, he would often nuzzle the back of my neck — his sweet grain scented breath warming my back on a cold day.

We got Roy a very long time ago. I must h 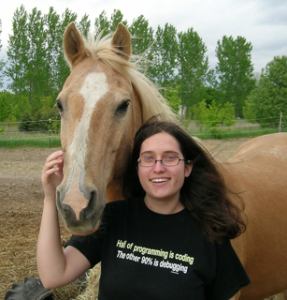 ave been in the first or second grade, if not younger. He was living at a stable with a bunch of other horses. When we went to see him for the first time, he had a gash on his face from when another horse had chased him and he ran into something sharp. The other horses at the stable were rather mean to Roy, then Sunny. We fell in love with his personality and his beautiful gold  coat.

He was our lovely palomino.

When he first came home, we introduced him to Tavi, an appaloosa mare we had gotten a few years before with another appaloosa, Joe. Joe was blind. He had had an accident like Roy’s, apparently, but had not made it out so lucky. I realize I was much smaller when we had Joe, but even my parents remember Joe as being very very tall.

Joe and Tavi were close. They had lived together for a very long time. Joe would stay near Tavi, who would guide him and keep him safe. Sadly, my parents gave Joe away a short while later, as my sister and I were quite young and they feared he would accidentally hurt us.

We got Roy after Joe left. Maybe that explains why Tavi and Roy clashed so furiously at first. Tavi missed her friend from forever and resented Roy coming in in his place. Or maybe they were both just afraid.

They settled after a bit, and became close friends. We had four all together then — Robin, our pinto mini, Kokey, our dirty buckskin (I.E., brownish) mini, Tavi, and Roy. They were together throughout my time in elementary school, and I have many fond memories of going outside with my sister and playing with them.

Roy was kind of considered my Dad’s horse — Robin was kind of mine, and Kokey my sister’s. Roy was always full of energy on a ride. For the longest time, only my Dad would ride him. I remember one of their first rides was in the sandy pasture up front, and at one point Roy slipped in the sand and sat down with my Dad on his back. They were both fine, save for a little bruised dignity. We have pictures of this day which bring back happy memories.

We had a bit of a tradition with Roy. My Dad would kiss Roy on the nose sometimes while he was out feeding all of the horses. After a while, any time one of us would go outside to feed them, my Dad would say “Kiss Roy for me” or “Remember to give Roy-boy his goodnight kiss.”

I must have kissed Roy at least a hundred times. Sometimes he would poke his nose over the fence, as if expecting it. Roy was a very sweet and gentle creature.

Thanksgiving of this year, we went out to visit the horses, and my sister and Dad rode several of them, including Roy. This was a beautiful day. It was the first time my sister had sat on Roy’s back, and also the last.

I had ridden Roy before and found him a fun but challenging ride. I remember at one point he charged towards a closed gate rather quickly during this ride. I was maybe in fourth grade, and found it a bit scary. But when it was over I was so proud to have ridden him, and now have fond memories of that day.

I was feeling sort of sad on Thanksgiving, kind of a heaviness, or feeling of inevitability that I could not really explain. At one point while I was standing on a hill during my sister’s ride, I had a thought that this might be Roy’s last winter. He had been having health problems that year, though for a 30 year old horse, he was still hanging in there pretty strong. I knew it would not last forever, though, and appreciated all the time I had left with my friend.

After my sister finished riding Roy that day, and he had returned to the pasture, I went over to him. We looked at each other for a moment, and I told him he was a wonderful horse and that I loved him dearly.

I kissed his nose one last time. Then we parted. Forever.

Roy will live on in my heart and my dreams.

This site uses Akismet to reduce spam. Learn how your comment data is processed.