When I released my CD, I made a decision to use a type of case that did not leave room for liner notes. It has been a long time coming, but after sitting down to listen to Wanderlest this morning I’ve decided I am now ready to explain myself, or at least, my music, to those of you who are curious about its origin.

So, without further ado, here are The Official Annotations to Wanderlest, by Lisa Kelly.

One night, when I was going to bed, I started hearing this little tune in my head. Much as I wanted to sleep, it kept coming back. So, somewhat reluctantly, I pulled out my phone and recorded myself singing the basic tune for part one of this song. Finally, I could sleep.

I let it sit for a couple days, then went back to review what I’d recorded over the last few days, as I regularly do this recording thing before I sleep or as I wake and often have no memory of what it was I recorded. I liked the tune, so I worked it up on piano. This is when I added the second part.

A few days later, while I was heading to class, I suddenly started hearing the third part. It wasn’t just any old tune, it WAS the third part, I knew this instinctively. So, much to the amusement of those around me, I sang the third part into my phone to work up later.

Eventually, I put it all together on piano. And so it remained a piano piece for some time, sitting on my phone. Later, when I got my cello out, I tried playing it on cello. I liked it. That’s why it is track one.

As for the name, Decadent Calling, I’ll be completely honest. All the names come after the songs are written. I don’t come up with a name, an idea, sit down, and write a song. That’s not how I work. Instead, usually, a song comes to me, demands that I record it, then leaves me alone to do with it as I wish.

So why Decadent Calling? Well, this track is upbeat, happy, and about having fun. Indulging. Nothing serious, just cool. By decadent, I mean the sort of decadence that involves full fledged self indulgence and completely being carefree. Calling, as in what one’s music forces one to do, in my case. So, Decadent Calling, I love writing music, it makes me feel great, rebellious, and carefree, and as a calling, I can think of few others that would bring me such joy. Hence, it is the first track and describes the rest of the music, the musician, the place I was at mentally, and where I am when I compose.

This track was originally called “Duet for Cello and Refrigerator” and was at one point featured on my website with this title. At the time I wrote it, I was living in a basement apartment with a moderately sized refrigerator. This refrigerator had two defining characteristics: one, it iced up horribly if the door wasn’t shut all the way, and two, it was very, very loud. Thus, on the original recording I made of this song, you can hear the loud refrigerator in the background.

At first, I wanted to release it on the CD by this name, but then I got to realizing it might take a little too much explanation for the limited space I had. So I shortened it to a name that reflected what I had to do to get food out of aforementioned lovely refrigerator when it was full of ice. Rummage around, try not to freeze to death, basically. Forage. The minor tone reflects on how it felt to be hungry, desperate for food (I was a student, after all) but completely unable to reach my pizza and ice cream stuck in the back of the freezer and completely frozen in (see how decadent I am? I told you.).

On a more serious note, I was taking a Russian Cinema class at the time I wrote this song, and some of the themes from that class and music from the films heavily inspired my writing of this and the next track.

Resigned to my fate. Making the best of it. Suffering, but hanging in there. Of course. I expect this. This has been my life the last 6 years. I know not why I must suffer, I know it is for no cause, I’ve done nothing wrong, they keep telling me, all I know is I am suffering. Of course. But I’m not sad. I’m not mad. I’m going to sing. I’m going to dance. I’m going to make the best of it, darn it all, because despite it all, I like being me, I like music, I want to be happy even if I never will be. So you will see me, singing, playing, dancing, and yet still I suffer. Of course. Because that is my life. That is my calling. To create. To laugh in the face of my suffering. To overcome myself long enough to make a small difference, in the hopes that I can make someone else smile, laugh, perhaps, or even to understand my suffering, how I attempt to overcome it, and inspire them to do the same in whatever way they can.

Where I am I supposed to be? Am I late? Where am I going? Why am I doing this? I don’t care. I’m going to run. Run away. Run right in. Run right into my future. Run right into my destiny. You’ll hear the wham, as it smacks me in the face. I’m running out of time, running right into reality. Right into what I was running away from. Have I made it any further? No?

Well, guess I’ll keep running, because that is what I do.

So many of my dreams start like this, with me running frantically around a desolate landscape, a huge abandoned building, a war zone, ruins. And all I can do is keep running. Running right into it all.

Track 5: Waltze to the Gate

That is not a typo. This waltz needed an extra ‘e’ to be symmetrical.

One day, I sat down at my cello, and thought, well, I’m in a writing music kind of mood, let’s see what I can do. Then, I got into it and it basically wrote itself.

Naming time. Obviously it is a waltz. When I hear it I picture happy people at a ball held out doors in the front lawn of an estate with a garden out front and a gate. Dancing between the flowers and beautiful tall grass and trees. Dancing all the way to the gate. Then out the gate, and into the rest of the world, back to their life, but happier for having had the chance to take a waltz to the gate.

I wrote this piece around the same time I wrote the previous waltz (Track 5: Waltze to the Gate). It came with a name, unlike the other songs, probably because my lovely sister asked me right after I played it, what is that one called? Quick, Lisa, think of a good name. Um… something noble, happy.. the word Waldorf came to me, I don’t know why. What’s a Waldorf, I wondered. It sure sounds noble. So, I appended “the great” at the end to make it sound even more noble. My sister looked at me kind of funny but said that she liked it.

Later, I looked it up and realized it is the name of a salad, among other things. OK. Salad. Noble salad. I can work with that. Never have eaten a Waldorf salad, but I’m sure if I ever did, it would appreciate that I thought it was noble enough to name a piece after. 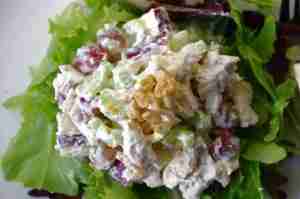 I hate to play favorites, but this is arguably my favorite piece on this CD. Because it is about my little kitty. I love my kitty.

In high school, 10th grade I believe, we found a little grey kitty living in our pole barn. We started feeding him. I spent many hours out there getting to know him, until finally one day he was confident enough to sit on my lap in the middle of winter to keep warm. Due to allergies, he couldn’t come indoors, but he seemed to like being out doors well enough. We would run outside together, explore the woods, and cuddle. He was my best friend in high school.

This song expresses how much I love and adore the little guy. He now happily resides inside of our home, now a dignified elder cat, every bit as cute and loveable as ever.

I remember I was walking around the house one day with him, me now in college, him all mature and indoors, and I began to hear this song. My cat gave me this song. We wrote it together. I couldn’t, wouldn’t, have written it if it weren’t for him. I sang it to him as he wandered about our house, and he purred and purred.

One memory I have of this song is when I became convinced that my cat was an important dignitary who was staying at our house. I remember singing it and dancing all around the house just for him to show him how wonderful he was and how much I loved him. I then, of course, lay down and cried for half an hour, as I was wont to do at the time. 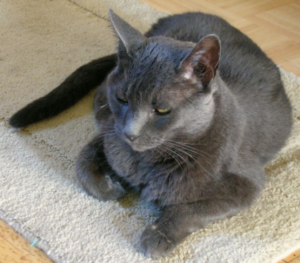 Roughly translated: “I must wander, lest I completely lose myself.”

I sat down at the cello, attempted to play a song I used to play, back when I played serious classical music, realized I was no longer that good at it, and began playing this instead. It would have gone forgotten as much of my music does had it not been for me starting to record several minutes earlier on my phone, having no idea what was coming.

The whole song is about trying to find something. Wandering. Looking. Searching. For a feeling. For a mood. For a meaning. For peace. For tranquility.

Of course, the whole point of the song, wandering, I never find the point, it doesn’t exist, it is just a concept, I can only hope of its realization in the moment. The first four movements are about searching, the last movement is about discovering that it is possible to be happy without a definite purpose, without a definite resolution.

And with this discovery, my quest resolves. For now, at least.

This site uses Akismet to reduce spam. Learn how your comment data is processed.